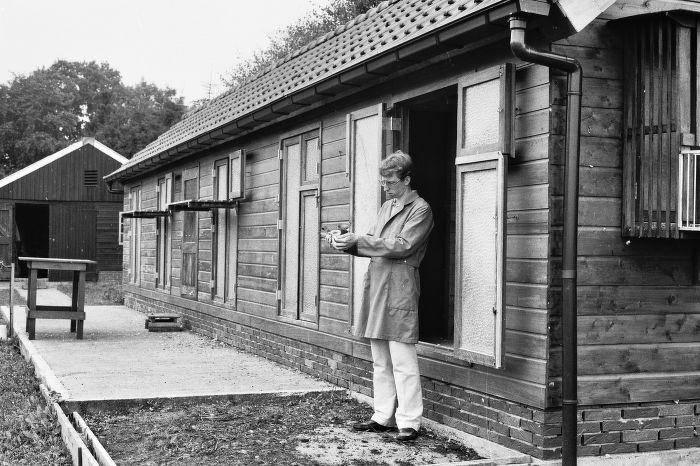 The successful history of the Koopman family in pigeon

Over 80 years of successful pigeon sport!

It all started with ‘John’ Koopman. Never heard of him? Of course we mean Cornelis; his family, friends and acquaintances call him ‘John’, or ‘Johnny’. Why ‘Johnny’? The parents to Cornelis, Harmina and Jacob Koopman, had a German speaking maid at their farm, Dine Moes, and for Dine the name Cornelis was too complicated. ‘You must call him Johnny’, she said. Why Johnny? ‘That is my brother’s name!’ said Dine and the nickname was born. To prevent misunderstandings, we call him Cornelis. He was born on May 31st 1915 in Nieuw Amsterdam as fifth child to a traditional family of farmers. He is now over 93 years of age! Cornelis grew up in a huge family; he had 6 brothers and 5 sisters, unfortunately they all deceased. Last year Cornelis celebrated 80 years of pigeon fanciersship … unbelievable but true!

Love for animals; the base for all!

As a farmer’s child Cornelis grew up with a tremendous love for animals. Poultry however had most of his interest and pigeons in special. For hours he could watch the fancy pigeons of his neighbour. When he discovered racing pigeons for the first time at a man named Lugers at the Dommerschanal in Nieuw Amsterdam, he cherished them in his heart forever. Whenever he had the opportunity, he went to so see racing pigeons. Mister Lugers noticed that and he saw that it was little Cornelis’ biggest wish to home a couple of these pigeons. Than came the day he gave him 2 pigeons. It was in 1927, the crisis years with scarcity in Europe. Cornelis had just turned 12 and even though his father was not enthusiastic at all, a small loft was build. When the birds were about 6 months old, Cornelis took them on his bike to Zuidbarge, a village about 8 kilometres away from Nieuw Amsterdam. It took them 2 days to get home, and the small man cried many tears of disappointment.
But pigeon sport got a definite hold of the young Cornelis. Even though he also cycled and loved to play football, the thought of giving up racing pigeons never crossed his mind. So he continued and Cornelis joined the local pigeon club, with 10 members at the time. When the club quit in the Thirties, Cornelis joined a club (D.Z.O.H.) in Coevorden. He found a sportive shelter here and up to today Cornelis treasures warm feeling for this club.
Cornelis performed very well with pigeons via mister Bos from Nieuw Amsterdam. But he wanted better and therefore he bought two black cocks at mister Pabon from Coevorden in 1934. He than paid the unbelievable amount of money of 10 guilders. It was the talk of the town and many considered him mad. The new acquisitions however appeared to be a golden hit and descendants performed supreme.

Love of his life!

On January 31st 1938 Cornelis met the love of his life, Jansje Keen. She would have a big impact in the Koopman family. This day is a memorable day for both, also because it is the day of birth from Queen Beatrix.
When the Germans invaded Holland in 1940, pigeon sport was reduced to a very low level. Eventually all racing pigeons had to be eliminated. Cornelis however had hidden four. Towards the end of the war his parents believed this to be too risky and the last four were slaughtered too.
Cornelis: ‘When I returned from working on the land that day, I saw blood on the beam of the dunghill. That moment it became clear; they killed them! I was very said, because these birds I really loved.”
April 27th 1945 a great wish of Cornelis came true. He married his great love and Jansje, the future motor of the present Koopman family, became his wife. This marry marriage resulted in four sons; Jaap, Jan-Egbert, Willem-Harminus and the youngest, Gerard Koopman.
The newly weds went to live in a house at the Zijtak Oostzijde, the street where they now still live, and naturally new racing pigeons had to come. Cornelis took his bike and went to Coevorden, to the Gossen brothers, and for 60 guilders he bought a pair of pigeons.
In Nieuw Amsterdam a new club with 15 members was founded, ‘De Snelvlieger’, and Cornelis took a central position in noting a/o the arrival times. However in practise it was his wife Jansje that sat at the table to exactly write down the arrival times. The gummirings were taken to this central point where the times were noted by an alarm clock. Later they bought a real pigeon clock. Soon already Cornelis belonged to the very best fanciers in the region. Not only in the club, but also in provincial level he was always amongst the very best!
In 1965 Cornelis started – next to the existing egg-trade – a new company, a trade company for grains, fertilizer, seed potatoes and many other agrarian products. These were years of hard labour and especially because of the talent is business of Jansje the company grew and grew. Cornelis became head-importer of the products of the Mariman firm in The Netherlands … this was 1969.
The contact with the Mariman firm from Belgium was a real eye-opener. Cornelis saw the impact pigeon sport had in other countries. This was the turning point in his pigeon sport career. Also the close contact with Stan Raeymakers made him look different to pigeon sport than ever before. The Mariman firm gave out bons that could be collected when buying pigeon products. With enough points it was possible to get a top quality pigeon direct from the Mariman breeding centre.
In the meanwhile son Jaap joined the company and through him pigeons of mister Annema from Friesland – later Eefde – came to Koopman. This mister Annema owned an exclusive colony of original Janssen Arendonk pigeons. The entrance of these pigeons meant a great boost in performing. There was no stopping Cornelis Koopman, not even in big competition.
The mix of these two lines (Mariman and Janssen brothers) brought the ‘Kneet’ and the ‘Vooruit; ‘Kneet’ won 4x 1 prize in big competition and the ‘Vooruit’ was crowned 1. National acebird WHZB in 1981.
The level of performances kept on rising and Jansje and Cornelis think back with great pleasure to the champions honouring in Zwaagwesteinde, where they literally took home the entire scale of prizes to be won … 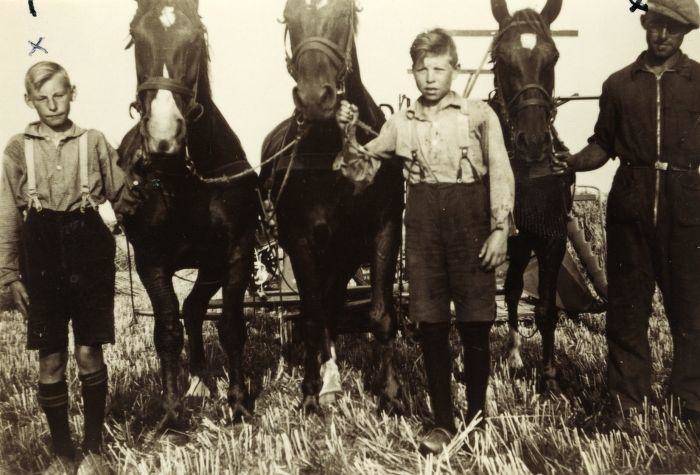 The start of Gerard!

Jaap Koopman raced already fabulous from his own lofts on the ground of the parental home. Gerard, the youngest boy from the family, was attracted by pigeons but was keener on playing football. An injury however kept him of the fields and Gerard decided to make a rigorous choice. A decision with big consequences but it turned out to be the right choice! On a morning Gerard went to his dad and said: “I like to home pigeons together with you!”
And he had that special feeling for pigeons! With 13 widowhood cocks, that were selected by Cornelis, he started to race on his own little loft and every week he and his brother Jaap bedded for 2,5 euro and he always said to his brother: “Give me the money already, I win today!”
Gerard was very ambitious! Inspired by Koos Tjeerdsma from Almelo he and his father went to grandmaster Louis van Loon from Poppel, who grew out to the great tutor and best friend of Gerard. Here they purchased splendid pigeons, but – maybe even more important – Louis van Loon gave Gerard valuable advices.
A year later they went to the Janssen brothers in Arendonk where they were treated very correctly as well. Together with a cock of mister J.H. Ameln from Nieuw Dordrecht the Van Loon and Janssen pigeons can be called the base of the present Koopman strain. Only think about absolute cracks like ‘De Zitter’, ‘De Eric’ or ‘De Beatrixdoffer’ and many, many others. 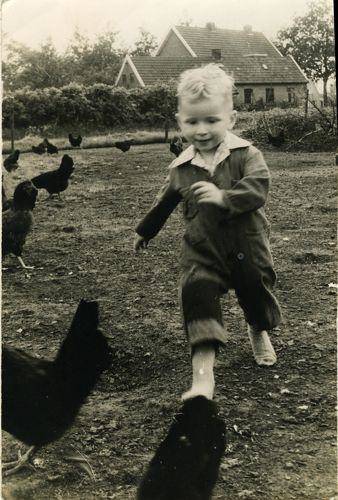 A strain formed from cracks!

It is ‘Gouden Duifje’ B81-6116734 that moored her genes in the strain Koopman like no other. This original Janssen hen descends from one of the best pairs ever of the brothers from Arendonk. Her father is ‘Late Blauwe uit Geeloger’ (from ‘Oude Geeloger’ x ‘Goed Blauw Schoon Duivin’). Mother to ‘Gouden Duifje’ is ‘Goed Duifje van 72’, a daughter to the ‘Jonge Merckx’ x mother of the ‘019’. From the many, many top breeders that were acquired in Arendonk, ‘Gouden Duifje’ is the cream of the crop! Superb to cross to these supreme Janssens appeared to be the absolute top class pigeons of Louis van Loon from Poppel in Belgium. Because of the close friendship with Louis, Gerard managed to get the very best here. Louis was and is Gerards friend, almost his second father, and he taught the ambitious young man all there is to know about pigeons and pigeon racing. He was and is the great tutor and Gerard knows as no other that he owes this legend in pigeon sport.
In the early Seventies in Nieuw Dordrecht – a neighbour village of Nieuw Amsterdam – a man named Herman Ameln performed as if he came from another planet. Especially his star racer, the ‘48’ NL78-1342748, was almost unbeatable. Of course they noticed that in Nieuw Amsterdam and when they heard Herman had to say farewell to pigeon racing, Gerard himself tried to purchase the ‘48’. Gerard: “When I picked the pigeon up, I saw that Herman had tears in his eyes and when he handed his champion over to me, pimples were all over his arm. I did not know why he stopped pigeon racing, but I saw it was a tough decision for him!”
The ‘48’ too had 75% Janssen blood running through its veins. His father was a cross of Janssen x Delbar and the mother descends from the lines of the legendary ‘Kanon’ of Wout Smeulders. This ‘48’ was a splendid racer, as a breeder he however showed even more class! He developed as one of the foundation pigeons of the Koopman colony! 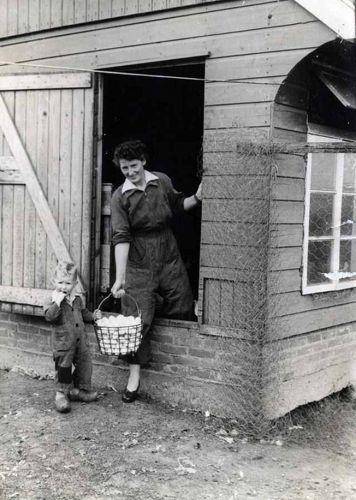 In Erica, also a place near Nieuw Amsterdam, a pigeon excelled at Ep Poelman. The performances this crack listed were close to impossible. This is the pigeon ‘Black Power’ NL93-1767197, a cross of Janssen x Meulemans bloodlines. Gerard had noticed the supreme achievements and when Ep Poelman decided to have an entire clearance sale, there was no question what pigeon went to Nieuw-Amsterdam. Gerard bought ‘Black Power’ and his sister, ‘Black Power Lady’ NL92-2048193. She did almost as good in racing as her brother. Many other brothers and sister performed supreme, therefore the parents could rightfully be called; super pair of Ep Poelman. ‘Black Power’ later became father to the wondrous ‘Amoré’!
Also at Marijke Vink, the woman who became a worldwide star with especially ‘Kleine Dirk’ descendants, some pigeons of the own strain were purchased. Especially the lines of her foundation pair ‘Tips’ (grandchild ‘Kleine Dirk’) x ‘Geschelpt Kannibaaltje’ (grand-daughter ‘Kannibaal’, Van Dyck) seem to get impact in the strain. 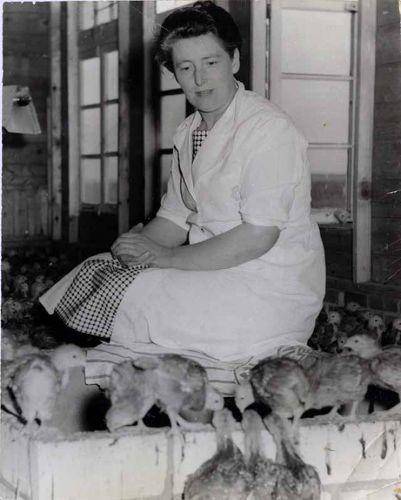 Up to 1997 Cornelis and Gerard Koopman formed an almost unbeatable team. Their pigeons were homed in a loft of 15 meters long and the pigeons came home so fast, they hardly had time to get the gummirings in the clock. It was a fantastic period. In 1997 the racing team was placed on the new lofts in Ermerveen and with that the active racing career of Cornelis ended. The breeders remained in Nieuw Amsterdam the first years, because Cornelis maybe is old, he is for sure not expired! Up to the day of today, being over 93 years of age, Cornelis still takes care of some breeding pairs, with great love and dedication, as always.
And when the pigeons return from an important NPO race it is very likely that Jansje and Cornelis, still calme and clear of mind, wait for the arrival of the pigeons. Let’s hope they will live many more years to feel the tension of these moments … 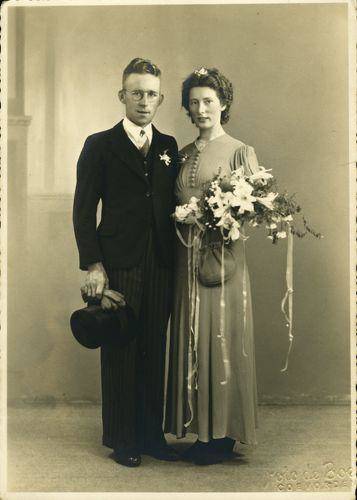 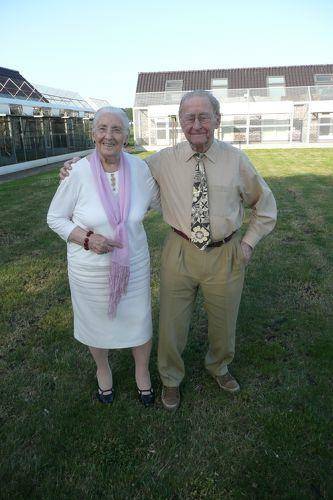 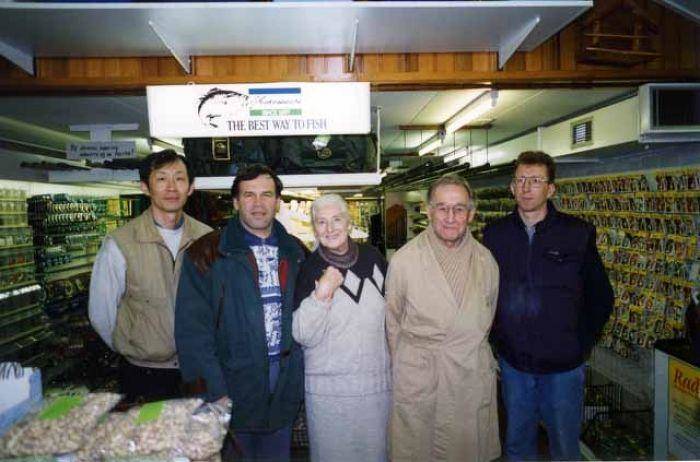 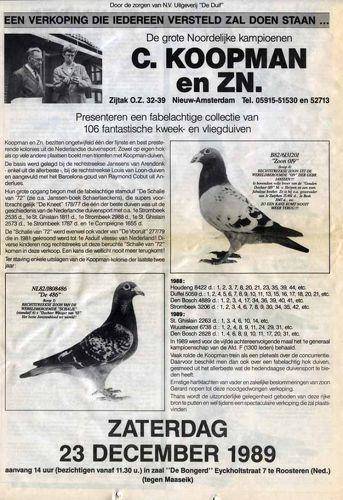 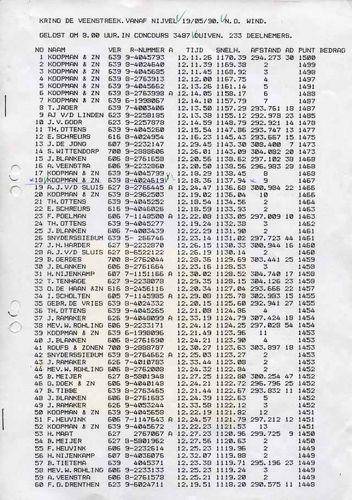 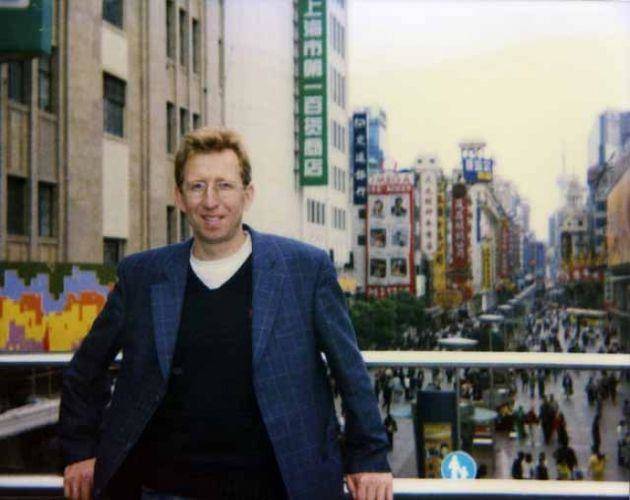 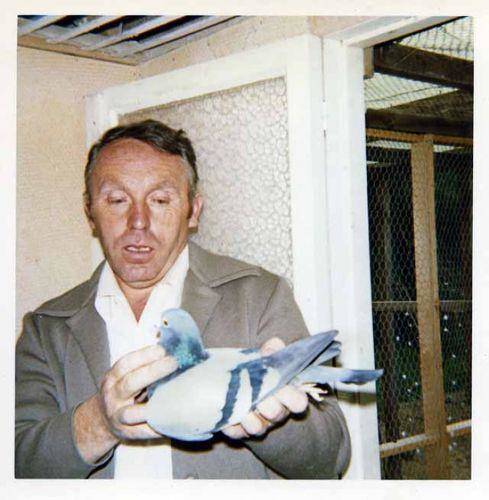